How Does Inflatable Liferafts Works? 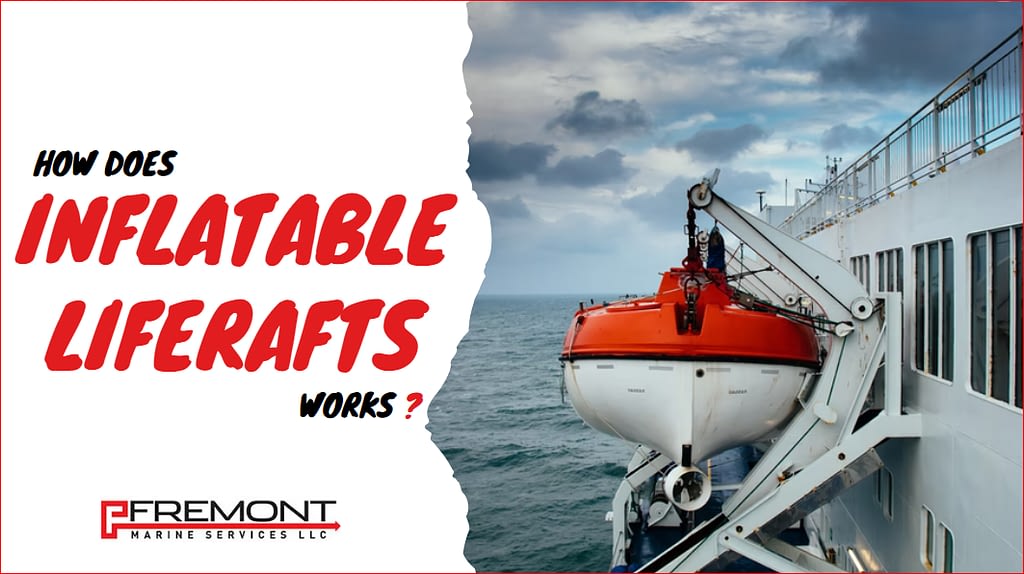 HOW DOES INFLATABLE LIFERAFTS WORK?

WHAT ARE INFLATABLE RAFTS?

Inflatable Liferafts are lightweight boats constructed in such a way that they float over the sea. The sides of inflatable liferafts are flexible tubes that contain pressurized gas. The floor and hulls are flexible for small boats, but for larger boats, the floor consists of three to five rigids. They are disassembling and packing them into small volumes for easy storing and transportation. This unique feature makes these boats suitable for liferafts for larger boats and aircraft and recreational purposes.

The restoration of these Inflatable rafts onboard in fiberglass containers or synthetic plastic carry cases. The rafts are corrosion and abrasion-resistant nylon-coated, super challenging but very light material to use the standard inflatable liferafts launched by throwing the rafts overboard climbing. And by lowering into the water using a mechanical witch on the vessel’s side. However, the development can occur by hydrostatic release unit, which connects the sealed life raft container to the vessel’s deck.

THE MAIN FEATURES OF INFLATABLE RAFTS:

The inflatable rafts consist of the following main features that help assist the ships in an emergency:

WHAT ARE INFLATABLE RAFTS MADE OF?

Inflatable rafts consist of one or more than one internal bladder that inflates in an emergency. It can operate manually or automatically. In manual systems, the use requires pulling the lanyard that causes a mechanism that can puncture the canister of carbon dioxide gas which later expels to inflate the bladder rapidly. The whole process takes almost three seconds to inflate the life jacket fully. The automatic inflatable rafts have co2 gas canisters inside them that help to inflate the bladder.

They come in two primary forms; the first consists of a firing pin held in place by a small pallet. The second type is the hammer or based on the hydrostatic jackets which enclosed pallets in casing connected to the hydrostatic valve. The valve will only open to dissolve the pallet and later fire the canister a few centimeters below the water’s surface. Automatic life jackets usually consist of manual trigger mechanisms as a backup plan.

HOW DO INFLATABLE RAFTS WORK?

Inflatable rafts use compressed air under high pressure somewhere on the raft, and the vest is a cylinder of air. When you want to use it in any emergency case, you pull the cord or the lever that releases all high-pressure compressed air into the life vest. Under the pressure of the water, when the ship sinks below four meters and the vessel sinks, It cuts the rope, and the container floats on the surface of the water. The vessel sinks furthermore, and the tension causes the life raft to inflate out of the container.

WHY ARE INFLATABLE RAFTS IMPORTANT?

Inflatable boats are incredibly convenient to use and have an essential role to play in rescue operations. They are mainly used as lifeboats as well as rescue boats in case of any emergency. Hence the rafts must be of the utmost quality and durability to efficiently carry out tasks. These rafts have PVC and Hypalon, the two most common and readily available fabric options for these rafts. The strength and durability of Hypalon make it popular to use. Moreover, inflatable boats act as lifeboats on big vessels. Therefore, these rafts are an essential aspect of marine safety. These rafts are very useful in all emergency situations.

WHICH INFLATABLE RAFT IS BEST FOR YOU?

Inflatable rafts can be of great use and provide safety and protection in any case of emergency. However, don’t confuse yourself and regret buying the raft you want. Before deciding, consider the following question:

WHAT ARE THE BEST INFLATABLE RAFTS?

Inflatable rafts consist of many shapes and sizes and can vary in use, quality, and price. Therefore, we concluded some of the primary and best inflatable rafts for you to avoid any hassle while selecting:

These are a bit more for heavy-duty rather than your recreational fun rafts. And are slightly larger and are capable of adding the motor. So these are perfect for family, kids, and fishing, and for bringing large vessels.

These are very popular for fishing. The inflatable rafts help for peaceful fishing adventures, and also paddling the raft enables one to get into unique fishing spots that may not be possible in large rafts.

These inflatable rafts are more challenging and can easily handle significant rapids. They come in many sizes and shapes. These rafts are much higher in pricing than the average recreational rafts.

WHAT IS EQUIPMENT OF LIFERAFTS ?

What is the function of a calibration service provider?

Which is the best fire fighting equipment ?